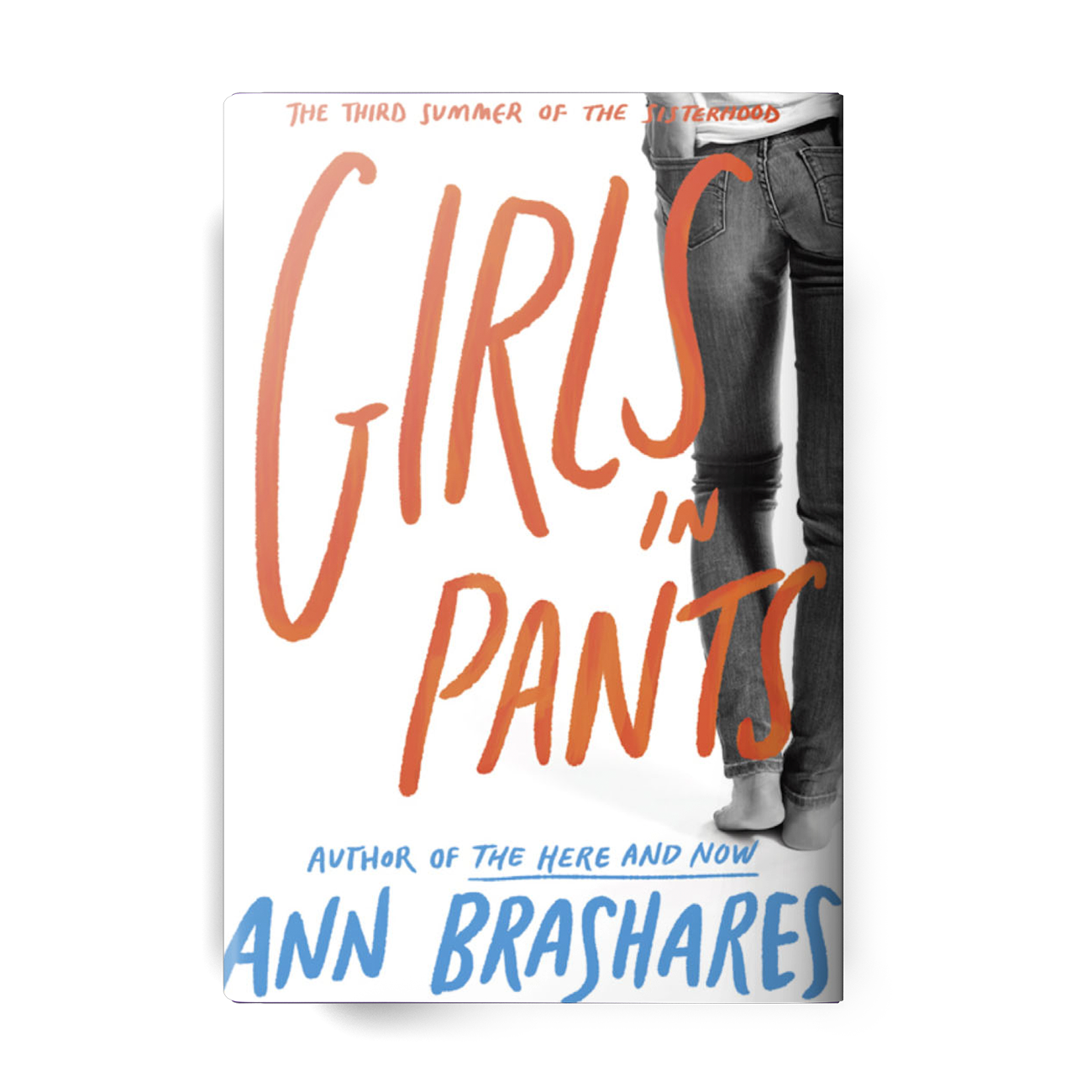 It’s the summer before the sisterhood departs for college . . . their last real summer together before they head off to start their grown-up lives. It’s the time when Lena, Tibby, Bridget, and Carmen need their Pants the most.

“A fun and poignant coming-of-age story.”

“Readers of the other books won’t be disappointed.”

“A treat for anyone.”

“These are friends worth having.”

“Four intersecting story lines, snappy dialogue, empathy for characters and humor make this installment as enjoyable as the others.”

“The Pants set will bruise their fingertips on this page-turner.”

“The girls are once again wonderfully drawn, with all their realistic faults.”

Granted, Tibby was in a mood. All she could see was change. All anybody talked about was change. She didn’t like Bee’s wearing heels for the second day in a row. She felt peevish about Lena’s getting three inches trimmed off her hair. Couldn’t everybody just leave everything alone for a few minutes?
Tibby was a slow adjuster. In preschool, her teachers had said she had trouble with transitions. Tibby preferred looking backward for information rather than forward. As far as she was concerned, she’d take a nursery school report card over a fortune-teller any day of the week. It was the cheapest and best self-analysis around.
Tibby saw Gilda’s through these same eyes. It was changing. Its glory days of the late nineteen eighties were far behind it. It was showing its age. The once-shiny wood floor was scratched and dull. One of the mirror panels was cracked. The mats looked as old as Tibby, and they’d been cleaned much less. Gilda’s was trying to get with the times, offering kickboxing and yoga, according to the big chalkboard, but it didn’t look to Tibby like that was helping much. What if it went out of business? What a horrible thought. Maybe Tibby should buy a subscription of classes here? No, that would be weird, wouldn’t it?
“Tibby, you ready?” Lena was looking at her with concerned eyebrows.
“What if Gilda’s closes?” Tibby opened her mouth, and that was what came out.
Carmen, holding the Traveling Pants, Lena, lighting the candles, Bee, fussing with the dimmer switches near the door, all turned to her.
“Look at this place.” Tibby gestured around. “I mean, who comes here?”
Lena was puzzled. “I don’t know. Somebody. Women. Yoga people.”
“Yoga people?” Carmen asked.
“I don’t know,” Lena said again, laughing.
Tibby was the one most capable of emotional detachment, but tonight it all lay right on the surface. Her irrational thoughts about Gilda’s made her feel desperate, like its demise could swallow up their whole existence—like a change in the present could wipe out the past. The past felt fragile to her. But the past was set, right? It couldn’t be changed. Why did she feel such a need to protect it?
“I think it’s Pants time,” Carmen said. The snacks were out. The candles were lit. The egregiously bad dance music played.
Tibby wasn’t sure she wanted it to be Pants time yet. She was having enough trouble maintaining control. She was scared of them noticing what all this meant.
Too late. Out of Carmen’s arms came the artifacts of their ritual. The Pants, slowly unfolding from their winter compression, seeming to gain strength as they mixed with the special air of Gilda’s. Carmen laid them on the ground, and on top of them the manifesto, written on that first night two years before, describing the rules of wearing them. Silently they formed their circle, studying the inscriptions and embroidery that chronicled their summer lives.
“Tonight we say good-bye to high school, and bye to Bee for a while,” Carmen said in her ceremonial voice. “We say hello to summer, and hello to the Traveling Pants.”
Her voice grew less ceremonial. “Tonight we are not worrying about good-bye to each other. We’re saving that for the beach at the end of the summer. That’s the deal, right?”
Tibby felt like kissing Carmen. Brave as she was, even Carmen was daunted by the implications of looking ahead.
“That’s the deal,” Tibby agreed heartily.
The last weekend of the summer had already become sacred in their minds. Sacred and feared. The Morgans owned a house right on the beach in Rehoboth. They had offered it to Carmen for that final weekend, in part, Carmen suspected, because they had gotten an au pair from Denmark and felt guilty about not hiring Carmen to babysit this summer as she had done the summer before.
The four of them had promised each other in the spring that it would be their weekend. The four of them and nobody else. They all depended upon it. The future was unfurling fast, but whatever happened this summer, that weekend stood between them and the great unknown.
They all looked ahead to college in different ways, Tibby knew. They all had different amounts to lose. Bee, in her lonely house, had nothing. Carmen did; she dreaded saying good-bye to her mother. Tibby feared leaving the familiarity of her chaos. Lena flipped and flopped—one day she was afraid to cut ties, and the next she was dying to get away.
The thing they feared equally and powerfully was saying good-bye to one another.
After drawing for the Pants (Tibby won), reviewing the rules (unnecessary, but still part of tradition), and taking a brief hiatus to chew down some Gummi Worms, it was at last time for the vow. Like they had the summer before, they said it together.
“To honor the Pants and the Sisterhood
And this moment and this summer and the rest of our lives
Together and apart.”
Only this time, Tibby felt the tears fall when they said “the rest of our lives.” Because in the past that had always seemed like a distant road, and tonight, she knew in her heart, they were already on it.